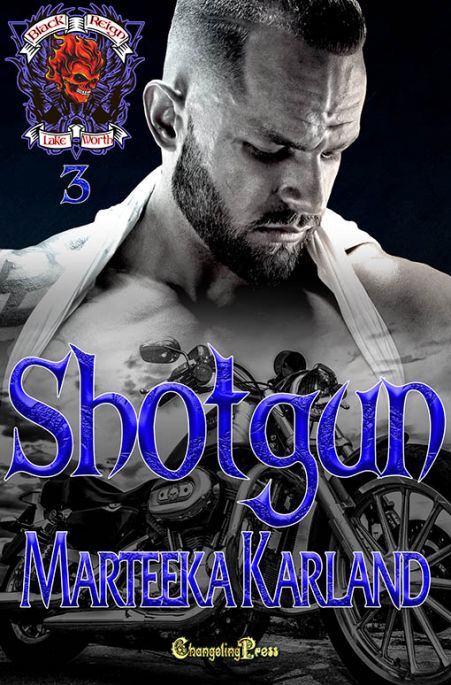 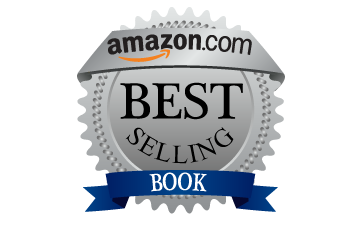 Esther: I was born and raised Southern Baptist -- a preacher’s daughter at that. If Daddy had his way I’d be a preacher’s wife, just like my momma. I want more. I want out. The only way I see to escape my father’s rule leads me to University of Miami to study cyber security. That is, until I walk into the wrong bar on the wrong night and… look up to see my knight on a shining Harley. Shotgun’s about as far left of Daddy’s expectations as a woman could get. And I may be damned for my sins, but I want him. He doesn’t know it yet, but he’s met his match.

Shotgun: My real name is Moses. Moses Blackstone… no relationship to the firm. For some godsforsaken reason, El Diablo has decided I’m going to learn Cyber Security. I got no clue why he thinks I’d be any good at this. Give me some heads to bash and I’ll be fine. But computers? I hate computers. But if I can’t learn this shit, I’ll fail in front of my club, and in the eyes of El Diablo.  When I wandered into that bar I was looking for a good fight. Or a good lay. Either would do. Instead I find a preacher’s daughter. And maybe my own salvation…

"An adorably sweet, heartwarming and charming romance. These two are total opposites but absolutely meant for one another. I enjoyed every single second of this book. Great story!"

"What an emotional , fast-paced ride! Shotgun is exactly what you’d expect in an alpha biker. He’s a bit rough, sexy, and will do anything to keep his family safe. There’s action, violence, humor, and lots of hot sex. The perfect combination for a biker romance!"

-- 5 Stars from Books+Coffee=Happiness Blog, via Goodreads

"Oh my goodness this story! This series just gets better with each book and Shotgun and Esther's story is just plain yummy. Their journey is sweet and sexy. The care they take with each other will take your breath away. Little Miss innocent comes a long way by the end of this book and so does Shotgun."

"Great book! Shotgun and Esther are as different as you can get. The path to happily ever after for them is a bumpy one. El Diablo will do whatever it takes to protect his family."

"Each hero in this series is my favorite until I read the next book😍  Shotgun is no different. I love is protective nature, his sexy disposition and his ability to kick butt.  The heroine is a young, buy he was able to love her and bring her into his world.  You will love this read as much as I did, one click it!"

"Shotgun and Esther!! Holy smoly! When Esther tries to be independent and find her own self, she creates a storm that requires 1 hot alpha man named Shotgun to ease her into real life! The care that this alpha shows is amazing and I loved watching Esther bloom under his watchful eye!! Awesome book!!!"

"Very good read. Enjoyed it from start to end hoping there are more books like this. Marteeka Karland, I very much appreciate a good read."

"I loved Shotgun and Esther's story from page one! There are definitely some heavy moments but overall a very sweet love story between two very dissimilar characters. This is one book I could not put down because I had to know what happened next all the way through."

“Software Hacking and How to Avoid it Happening to You” as taught by Giovanni Romano of the Shadow Demons wasn’t exactly what I would call a bunny course. In fact, I called it fucking torture. The man was a fucking sadist of the worst sort.

“If I have to look at that man five more seconds, I’ll put a fuckin’ bullet in his goddamned brain. Then we’ll see how smart he is.”

“It’s not that bad, Shotgun.” Fury picked up a glass full of whisky and downed it in one gulp. “Besides, even if you shot him in the head he’d still be twice as smart as you.” I threw Fury a look that he totally ignored as he got another drink.

The bar, though near the middle of Palm Beach, was a dive. The only people who frequented it were roughnecks and bikers. It was a hell of a good time most nights, but I just wasn’t in the mood. At least, not for fun. I needed a good knock-down, drag-out brawl. Fury didn’t seem to want to be here either, but then, he was rarely in a good mood unless he was in the presence of the little girls currently taking over the men of Black Reign. Little Bella was Rycks and Lyric’s daughter while Holly was the daughter of Wrath’s woman, Celeste. Fury was still gruff, but only if it made the girls giggle. If anyone called him out, he beat the fuck out of the bastard and everyone else shut the fuck up.

“This is a waste of time,” I muttered. “I’ll do whatever El Diablo needs, but I ain’t gonna learn anything from that fucker Giovanni. He makes it purposefully difficult so no one can get what he’s talking about, and he looks all superior and shit.”

“Don’t know about that,” Fury said as he downed his second shot. “But I know you can get it if you want to bad enough. Ain’t never seen anything you couldn’t do once you set your mind to it.”

I raised an eyebrow. “You sick or somethin’?”

Fury didn’t even look at me. “No. So don’t get used to it. I just happen to think that Giovanni character needs taken down a fuckin’ peg or two.”

Fury snorted. “’Course, I happen to think you’re a dumb shit from time to time as well, so…”

We sat in silence for a while, casing out the place. Seemed pretty tame tonight. Only three women and they all seemed to be claimed by one man or another so no fighting over women.

“I’m done,” I said, slapping down a twenty and standing from my stool at the bar.

“You ain’t goin’ to the docks, Gun. El Diablo specifically said no fighting. He’s tryin’ to keep the club outta shit for a while.”

I ground my teeth together. “Then let’s go to Beach Fit. I gotta work off some steam, and physical exercise after a day of staring at a fucking computer screen sounds perfect.”

“I think I can allow that.”

My gaze snapped to his. “Allow?”

“Yeah. I’m your keeper until this shit’s done.” When I just stared at him, Fury added, “You didn’t think I was hangin’ with you for your stellar personality, did you?”

“Motherfucker,” I muttered, shooting the last of my whisky. “I’m gettin’ the fuck outta here.”

Just as I spoke, the entire bar went silent. I’d heard the door open and close, but hadn’t registered much else until the only noise was the hard rock coming from a speaker in the corner. I let my gaze quarter the area.

“So, that’s what all the commotion’s about,” I said softly.

“Fuck,” Fury bit out, standing and dropping a twenty beside mine. “Get ready.”

“No shit. Hope El Diablo don’t get too angry, or our heads will roll.”

As if not realizing the whole bar was watching, a curvy woman waltzed in like she owned the place. Her head was up and her nose in the air, like she was better than everyone in the place and knew we all knew it. She wore a sundress of the palest green, the hem hitting her just above the knees and swishing around her legs as she walked. Modestly heeled sandals adorned her feet, the thin straps wrapping around her slim ankles several times. The heels were just high enough to make her calf muscles flex ever so slightly. Smooth, creamy skin beckoned every fucking biker in that bar. No doubt they were all imagining tossing her on one of the now-abandoned pool tables, pulling her legs wide apart and fucking the sweet pussy beneath that skirt.

“What’ll it be, sugar?” The bartender leaned against the bar as he polished a glass, biceps flexing as he did. Yeah, he was thinking the same thing we all were.

She cleared her throat delicately. “Um, a Coke, please.” Her voice was high-pitched, like she was young. I knew that on first sight, but now I questioned whether or not she was even legal to be in here.

The bartender pointed to a little door off to the side next to the restrooms. “Coke’s in there. Buck twenty per gram. You pay before you go in.”

She nodded her head, then opened the tiny purse she carried around her neck and across her body. Girl actually pulled out a dollar and a quarter and handed it to the bartender. Now, he looked less than amused.

“One-twenty,” he snapped. “Even for a pretty little thing like you.”

The girl looked adorably confused. “But… I just gave you a dollar twenty-five.”

“I’ll spot her.” A big, burly guy pushed his way to the bar, a big grin on his face. He slapped two one-hundred-dollar bills on the bar. “You can start workin’ it off once you get the first line done.”

When she still looked confused, I knew me and Fury were about to challenge El Diablo’s orders. Getting the girl and ourselves out without killing anyone might not be possible.

All content and artwork is copyright © 2004-2022 Changeling Press, LLC and may not be reprinted without permission..