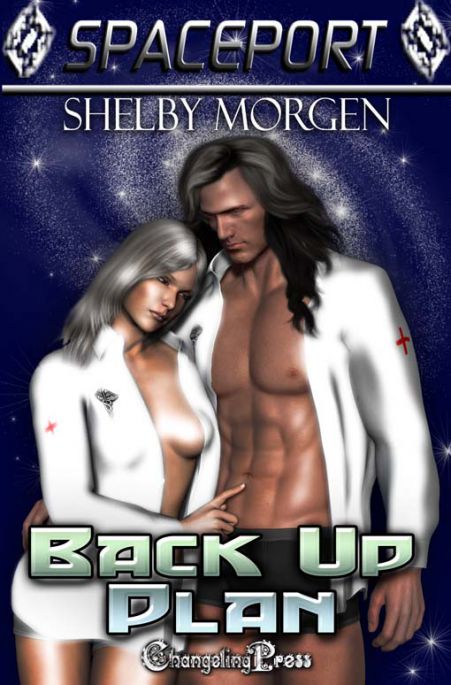 When Dr. Ruth Balise ran out of funding for her research, she had no idea the twisted path her work would take. Her psychiatric profile adjustment was supposed to be more humane -- a way to render violent sociopaths and the criminally insane harmless to themselves and others.

But in a black-market society where medical miracles are for sale to the highest bidder, a death sentence is far too wasteful. Why settle for just one replacement body part, when you can own the whole thing? Prisoners are maintained in semi-stasis, their memories wiped, the cost of their physical care sponsored by aging aristocrats, hosts for future replacement organs.

After all, they’re just bodies -- empty shells. Pod fuck-bunnies, their monitors call them, living in an endless loop of sex, drugged with their own endorphins into a constant state of euphoria, their bodies maintained in prime health. They’re not supposed to wake up -- ever -- and they’re certainly not supposed to escape.

Now Ruth is one of them, and only Panama Red, the space pirate turned bodyguard who’s out to rescue Ruth, can save her. But will he still be willing to trust her with his heart, once he knows she engineered this hell?

I'm coming! I wanted to scream. Those were the right words, that much I was sure of, but I knew better. No one screamed here. I held it all inside. Even as the orgasm ripped through me I wondered -- somewhat cynically, I'll admit -- was it possible to get bored with sex?

I'd never had thoughts like these. Not until... hell, I realized I'd had no concept of time. That is, I did now, but before...

No, not something. Me. I was changing. My mind was... waking up. The faceless body before me writhed, screaming soundlessly, and the final release tore through me, bathing me in the flood of pleasure that had always before brought these churning thoughts to a tumultuous end.

Release. Blissful sleep. The fulfillment of a promise...

Ha. Make that hard work. Hot, sweaty sex. A partner well pleasured. Then sleep. Then on to the next rotation.

The harder, heavier body of the other... whatever it was... groaned, wrapping itself around me, almost smothering with its weight and heat. I'd never minded before. That was the reward for a job well done. Release. Euphoria. Malaised contentment.

So why was I awake? Why was I fighting the urge to push the other off me?

I opened my... my eyes, yes. I opened my eyes and fought to focus, rapidly learning how to adjust for the closeness of the body before me. Saw the mouth. The mouth I had kissed. The lips I had bitten, now bruised and swollen from our passion. The contented smile. The...

Revulsion swept through me, stronger than any orgasm. The thing might as well have been an inflatable doll. No sign of intelligence. No sign of anything at all. It was -- he was -- just a mouth. And a cock.

Or maybe I'd had it right the first time. It.

And what made me any different? Other than my lack of a cock? Until two rotations ago, I'd been little more. A mouth and a cunt.

Cunt. Somehow I knew the word was coarse, crude. Beneath me. And I liked the sound of it. Forbidden fruit. I smiled, placed my hands on the cock's shoulders, and pushed. Hard.

Arms tightened around me, clamping down like steel bands. "You're awake!"

"Keep your voice down. Don't move. Shut your eyes. And smile!"

All right. He. A lunatic, but gods, he had gorgeous eyes. The color of precious minerals, deep cobalt, flecked with gold. Still. "Get the blyat off me."

"Hush! You just had the best sex of your life. Smile!"

"Do you want to get us killed? We're not supposed to be awake, damn it." He smothered my reply with his mouth, giving my rapidly emerging vocabulary time to catch up.

Killed. Past tense of kill.

I understood the concept well enough to quit fighting. I tore his words apart like my guide to the mystery they were. We're not supposed... Soooo. Wherever we were, whoever we were -- both concepts seemed new, yet familiar -- there were rules. We'd -- I'd -- been asleep, at least on some level. Now I was awake.