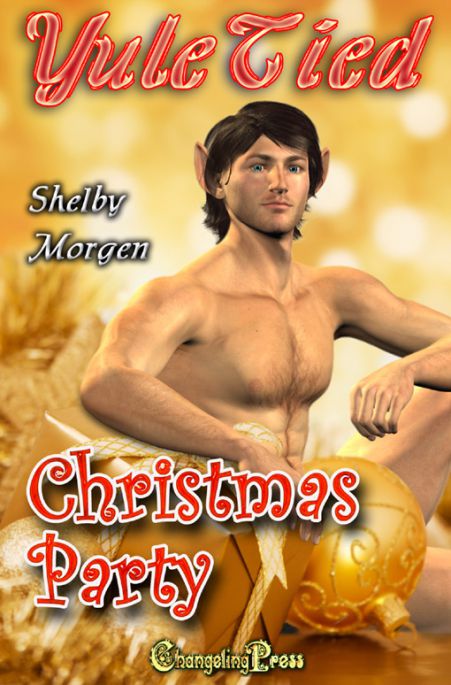 Cherie, office IT tech and unmitigated girl-gamer-geek, protects her privacy by telling the office matchmakers she has a boyfriend stationed overseas. Tech Sergeant Zakarias, the unit IT guy, tells the guys on base he's got a girlfriend waiting back home. Both lies are designed to keep the two of them safely insulated from well meaning friends -- and heartbreak.

When the two IT people voted least likely to ever get a date collide at Cherie's office Christmas party, they decide it's easier to ride the holidays out together than try to escape their own lies. They've got a lot in common, but is the chemistry they share enough to make up for all the reasons they've been determined to stay single?

"I laughed so hard through this short story and was utterly charmed within the first couple of pages... this is a realistic, hilarious and wonderfully sexy short story. The chemistry between Cherie and Zak was smoking hot, and I loved how quickly and easily they managed to click emotionally as well as physically." 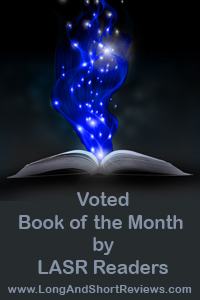 I stared at the huge cut crystal punch bowl, grinding my teeth a little. Some days I really wish people wouldn't try to help -- especially when they have no clue what they're doing. Like pouring four two liter bottles of ginger ale into the bowl -- warm -- before the ice cream. Which meant that now, when I tried to add the ice cream, even a scoop at a time, the whole thing blew up like Mount Vesuvius, and threatened to overflow all over yards of holiday plaid tablecloth.

And if the mess weren't enough, now the ice cream wasn't going to get to do the slow melt that kept the punch cold for hours while I tended the table. I sponged at the pop-fizzy spray that was settling on my face and the front of my red velvet Christmas dress, trying to restore order to my little piece of tonight's world.

Unfortunately this particular disaster was pretty much a mirror of my life.

I didn't want to be here in the first place. I don't hate Christmas -- who could hate Christmas? -- but I really do hate social events. Especially Christmas parties. Have since I was a kid. I don't like meeting people, or acting like I like meeting people, or pretending I don't want to dance, when everyone else is out on the floor, and no one asks me, because surely Cherie doesn't want to dance, or she wouldn't be here alone.

I'm only alone because Zack can't be here. Where is he? Oh, Zack's in Afghanistan. He's in the military. He can't tell me a lot about where he is, or what he's doing, but he should be home next summer.

Which he might have to, because Zack can't come home. That's because I invented Zack, so people would quit asking me why I didn't want to go to parties. He's currently deployed in Afghanistan, because I know nothing about Afghanistan, and neither does anyone I work with.

Which is why my concerned, caring coworkers, especially Nancy, the matchmaker from hell with a dozen cousins-in-law, badgered me into joining our Military Support group, Friends and Family. But of course that means I get time off to volunteer for every event Friends and Family sponsors, and let me tell you, Friends and Family is an active organization. So now instead of ignoring everyone and getting to stay home playing online games I end up working things like this Christmas party for returning GIs.

Which, in truth, is why I was currently chipping a gallon of vanilla ice cream into a huge bowl more than half full of ginger ale, watching the rising tide of escaping sugar-based lava implode, and generally wishing I could just go hide in the ladies room and cry.

"Need a hand?" The voice was deep, male, and incredibly sexy.

I blinked, startled I'd let a guy get that close to me without hearing him coming. But of course that wasn't really a surprise. He was, after all, military. It was a military party. Or at least lots of vets were invited.

I turned to face Mr. Sexy Voice and stopped, mentally forcing my mouth not to hang open mid comment, because perhaps for the first time in recorded history I was truly speechless. All I could do was stare in awe at that bundle of camo clad muscle. Who had just spoken to me, Cherie-the-gamer-geek. The woman men never even noticed.

Pull it together, Cherie. Say something. "Ahh..." Yeah, I know. Pretty unimpressive. "Need something," I managed to add. "Time travel would be good. Needed to get here ten minutes earlier, before someone decided to help."

"Einstein had some interesting theories on time travel, but even if we put our heads together I don't think we can get that done before the ice cream melts. What if we dump the ice into the cooler, pour the ginger ale into the ice bucket, and start over?"

I was still back on the part where he knew about Einstein's theories on time travel. Muscles like that and a geek? No way.

I forced myself to look at the mess in front of me and rally my wits a bit. "Better idea than anything I've come up with." And perfectly logical -- except I couldn't have picked up that punch bowl and poured its contents into anything.

Not that I'm a tiny, wimpy little thing. I'm kinda average height and a bit over average weight, though the red velvet dress was all about making that work for me, flaunting the curves. What I had of them. I'm not real busty, but I've got hips. And I do make a living picking up computers and printers and monitors and whatnot. So I have some muscle myself. Not like that, though.

What I did not have was height. That punch bowl... I'd end up wearing more of the punch than ever made it back into that bowl.

My savior dumped the loose ice into the oversized Coleman drink cooler and handed me the now empty blue plastic bucket. "Get a good grip on this so it doesn't make us chase it across the table."

I clamped the bucket down tight and watched my designated hero's biceps bulge as he picked up the punch bowl. I'm no featherweight, but the bowl itself must weigh close to thirty pounds. My rescuer poured the ginger ale in slow and steady, not losing a drop. He made the whole thing look easy.